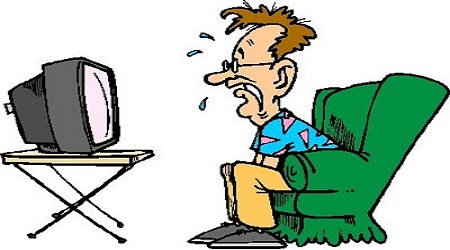 Are you a frustrated couch commentator?

Are you getting your cricket predictions wrong?

100s were almost always match-winning and so were 5-fors. Averaging around 50s as batsman and below 30s as bowlers were safe bets to recognize our cricketing idols.

Hey, but wait. This was true only when test cricket was the only form in which the game was played. Then came ODIs, and cricket fraternity  realized the need to take note of strike rates.

Yet the landmarks-way of judging made enough sense for stakeholders not to deviate much. But with the introduction of T20s in 2000s, cricket as a sport took a new avatar.

Match analysis is no longer on the couch-commentator’s plate!

Today, especially in ODIs where scores of 300+, once a rarity, are now chased down with precision. Therefore match-analysis also has to follow suit and in its wake, chase precision.

So, is scoring 30 runs off 16 balls impactful? Ask muCricket.

No performance can be fairly judged without establishing the CONTEXT surrounding it. muCricket has been developed over the last 3 years with this sole objective of imbibing context into the game’s statistics.

We, at muCricket, don’t ask – “How many runs did you score?” The right question is – “Did you help your team win?”

How does muCricket capture the context?

So, what qualifies as enough effort to help teams win? It is therefore that muCricket understands the quantum of the effort put in     the players, through both qualitative and quantitative performance KPIs, through study of performances in winning causes in the past – vast data-points are available given the game’s rich historical database.

muCricket’s Performance Index is a measure of the player’s intend to win, without focusing on individual landmark-driven targets.

Note: muCricket has developed its methodology through rigorous use of muRx, Mu Sigma’s very own Decision Science Workbench. Right from defining the problem in extreme detail to model building and evaluations, it has enabled muCricket to structure the vast cricket data, extract insights and generate algorithms that now power its real-time abilities.

The primary aim here is to be able to objectively capture the stories behind every performance which is otherwise recognized only in the forms of reports and write-ups. Such information helps muCricket provide actionable insights and thus build accurate predictive analytics around the game. Like other businesses, stakeholders in cricket too can gain a lot from forecasting their potential results.

muCricket has been primarily developed through use of R-codes to run batch processing on entire historical data to test its hypothesis. While muCricket continued to evaluate its work in similar fashion, muESP provided it with platform to operationalize a combined real-time and batch systems architecture – thus enabling us to visualize the data real-time.

muStream’s agent-based paradigm, alongside robust computing capabilities, helped muCricket capture recognized KPIs in a sanitized and structured environment that it needed so as to be able to execute its methodology accurately.

muCricket built several rapid prototypes on muVCL, a quick UI builder tool with dynamic abilities, to both quality check its output in real time, as well as develop final dashboards with ease. Its ability to deploy apps on a single click has provided the pathway for muCricket to bring real-time analytics (through live match coverage) for all of us to experience. Do write to Samitha.Babu@mu-sigma.com for further details.

We are already on our way to add predictive layer to our live coverages too! To subscribe to alerts for on-going developments and our live coverage, do drop in a mail to Jatin.Thakkar@mu-sigma.com.