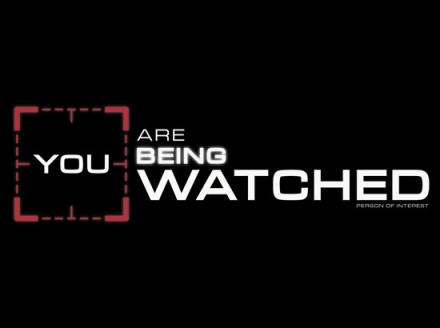 “YOU ARE BEING WATCHED!” “The government has a secret system – a machine that spies on you, every hour of every day.

“YOU ARE BEING WATCHED!”

“The government has a secret system – a machine that spies on you, every hour of every day. I know, because I built it. I designed the machine to detect acts of terror, but it sees everything … “- says Harold Finch (Michael Emerson) in the opening lines of the American TV Show Person of interest. He seems to not only caution us about machine surveillance but also about the power of Artificial intelligence (AI). As the story unfolds, we witness a war between two machines carried out by humans. This is not the first time concerns about an AI have been raised by creating visions of the future. “The Terminator” showed us what sort of a scenario awaits Earth if an AI were to turn rogue. The movie “Minority Report” showed another aspect of how people can manipulate an AI in their favor to escape punishment.

Today, Internet of Things (IoT), the new face of AI, is booming all across the technological world where people are spending billions for its development and exploring new opportunities using it. For those who are new to the buzz surrounding the Internet of Things, the following people put the point across very simply in Quora

Benson Hougland, vice president at Opto 22, responsible for product evolution, marketing, training, and communications in the TEDx talk paints a beautiful picture of a typical day in the world of IoT.

Given the benefits, every organization wants to ride the IoT wave – IBM, SAP, Microsoft, Intel, and Cisco. Google went on a buying spree, purchasing different robotics companies, Amazon deciding it’s time to get into the drone delivery (aka flying robots) business. User friendly robots are coming to hit the market soon.

It’s not just the corporates; Governments want in on the action as well. They are making IoT part of their strategy and are allocating significant budget in this direction, like ‘Smart cities’, ‘Smart Industries’, etc. Some examples are as listed below:

IoT has the potential to touch every domain, and nearly every aspect of human life. These numbers indicate the massive scale of impact IoT is expected to have:

At the core of IoT is the ever – evolving relationship between humans and machines (or things, in general) – a relationship that is being redefined through technology, narrowing the divide between the two.

But, knowing the advantages, I come back to the point where I started … You are being watched, sensed and predicted not just one time but always….!!! The machine can sense, by analyzing all your past moves, your chances in making a particular decision. A small way in which it can destroy you, is that you can be tricked into buying stuff you never wanted. On a large scale, people can only predict how destructive it can be, if left uncontrolled with no rules, guidelines or infrastructure to regulate it. It’s not very far when it becomes a potential weapon for terrorism. The worst case scenario is that we will see the Rise of machines where they are more intelligent than us and they start controlling us.

The Economist has pointed out obvious concerns by some personalities. In a speech in October at the Massachusetts Institute of Technology, Elon Musk described artificial intelligence (AI) as “summoning the demon”, and the creation of a rival to human intelligence as probably the biggest threat facing the world. He is not alone. The great Stephen Hawking too believes “AI could be a ‘real danger’.

A study from Hewlett-Packard found that 70% of the most commonly used IoT devices contain vulnerabilities – or in other words, they can be hacked!

Will IoT make our homes the perfect panopticon?

Hackers who could only virtually spy on your computer until recently could now potentially spy on you in your own house! You should be scared of your ‘smart’ TV. With facial recognition, voice recognition built into TVs, the possibility of snooping using the TV is pretty high.

IoT: Measures taken in past?

Qualcomm developed a communication protocol for IoT, named AllJoyn, which is currently a collaborative open source project of the AllSeen Alliance. Open interconnect consortium is an alliance founded by Intel, Samsung and Broadcom defining its own connectivity and interoperability standards for IoT. Similarly, there are several other protocols that have been implemented.

Technological Singularity is a term used to describe the theoretical moment in time when artificial intelligence matches and then exceeds human intelligence. The term was popularized by sci-fi writer Vernor Vinge, but full credit goes to the mathematician John von Neumann, who spoke of [in the words of Stanislaw Ulam] “ever accelerating progress of technology and changes in the mode of human life, which gives the appearance of approaching some essential singularity in the history of the race beyond which human affairs, as we know them, could not continue.”

Now, I guess it is too early to say if the Internet of Things would create a technological Utopia or Dystopia. But it’s not too late to take the right steps in the right direction.