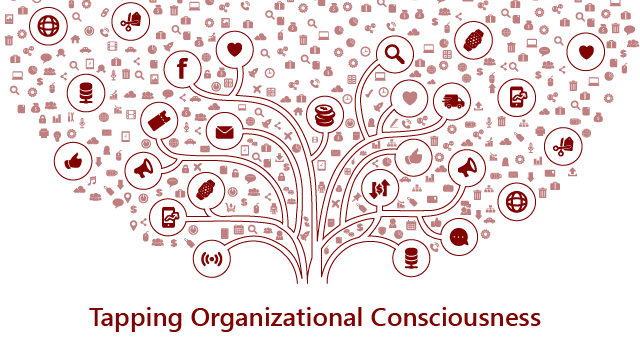 The acceptance of death or extinction is daunting for human beings both individually and as a species. If a business accepts the fact that they might cease to exist at some point, it is possible to improve the existing years of the organization.

Nature has taught us that every species fights extinction by initially scaling and then introducing diversity into its genetics. Every organization in its quest to thrive is fighting the natural forces that could lead to its extinction. Out of the thousands of companies that are created, perhaps one becomes a large, Fortune 500 organization.

Complexity is unavoidable for the Fortune 500 company. Rather than resisting it, businesses should work to understand and learn from complexity. Organizations often want simple solutions for complex problems, but what they forget is that it is harmony between the opposing forces that sustain businesses. Becoming a Fortune 500 company is difficult and requires harmony between scale and diversity.
In order to find harmony, businesses need to step back and look for the interconnected nature of problems. This can be done only when the business has achieved consciousness.

The world of business is not one or two big problems, but rather a multitude of small, interconnected problems. Some functions within companies, like those individual areas of the brain, may indeed function with high degrees of intelligence. Consider organizations as brains with many different nodes. Some nodes are an area of the brain (a business function) and others are clusters of neurons (business activities or problems).

Intelligence can be associated with an individual node, but consciousness comes from the interactions between those nodes, which allows us to understand the implications of the various connections between the many parts of businesses.

Are you tapping into your organization’s consciousness?

The move from intelligence to consciousness is a move from entities (single problem) to interactions between entities (interconnected problem space). The reality is that each part of a company must live with its own distinct, subjective reality, which isn’t always complete or always in the making.

At the same time, they must learn to collaborate across functions toward objective decision-making, which can reconcile these various subjective realities that defy the utopian and are constantly reassembling themselves.

Read more to find out what it takes to make your organization conscious.