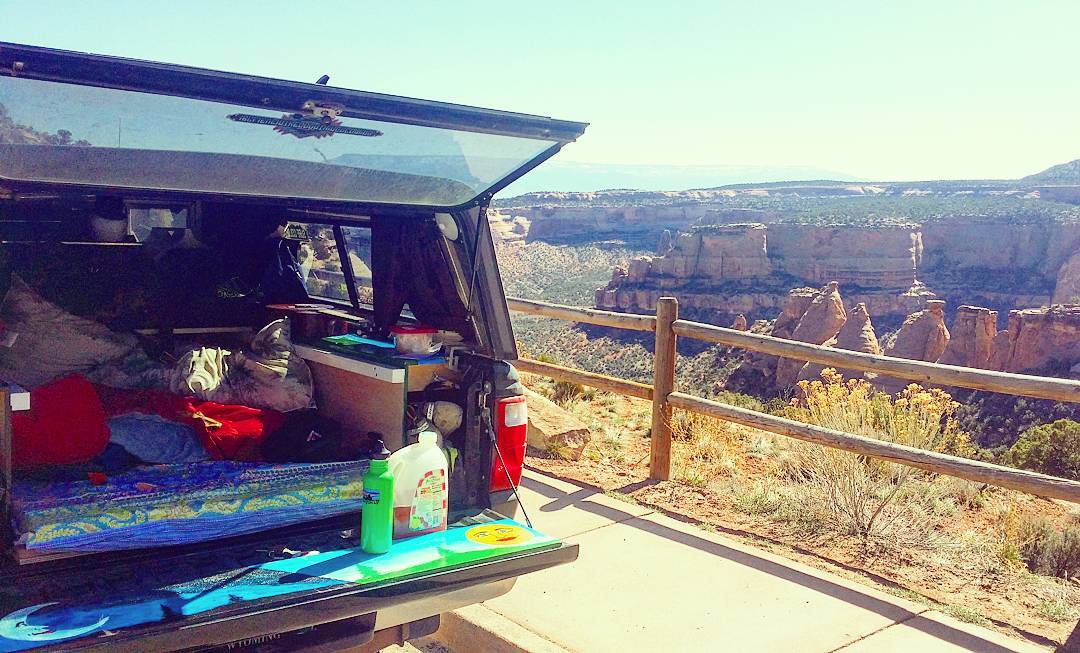 When was the last time that you felt uncomfortable?

I’m not talking about the time that you ate too much dessert or after a long day of sitting in a chair for 9 hours. I’m talking about something else entirely. When was the last time you made yourself feel uncomfortable?

I have been able to make myself pretty damn uncomfortable throughout my lifetime. Some of that has been by default, but I’m proud to say that a lot of it has been from design. I learned at a young age that when you step outside your comfort zone, magical things can happen.

You won’t believe the things that will happen until you actually put yourself there.

I’m originally from the Wild West, (born in Jackson Hole, Wyoming), but my college golf career led me North to Idaho and then down South to Louisiana. Experiencing the different cultures within the United States was great, but I got burnt out on golf and was craving something more outside my comfort zone. I put school and golf on hold and went east … Far East, to Southeast Asia. I backpacked, hitchhiked, and lived off rice so that I could make my budget last as long as possible before returning to the United States.

Once I returned to college, I realized I did not want to pursue a career as a professional golfer. I decided to focus on finishing my education and became very interested in sustainability. I created events to establish ‘Earth Month’ in April and the first solar powered festival in the state of Wyoming. Was also on the Ethics Team and participated in competitions against schools from around the world. A great opportunity to discuss my curiosity in the business ethics of sustainability in our society today.

Outside of school curriculum, I was lucky to get paid doing activities I love! I became a whitewater raft guide on the Arkansas River in Colorado during the summer and a ski instructor in the winter. I was hired by National Geographic writer Mark Jenkins as his Online Marketing Consultant. I assisted him on his speaking tour of his adventures from around the world.

After I completed my degree, I decided to build a bed out of the back of my truck and live in it full time. I was able to continue being a whitewater raft guide and travel the country camping wherever I could drive my truck.

During this time, I became a lead guide, taking people down Class 4 & 5 water. After a while, I became used to the danger that I was facing on a daily basis and started to look at the world differently. Suddenly, the thought of being afraid to go up and talk to a girl at a bar became ridiculous to me.

Even though this was an amazing experience, I started to feel too comfortable with the world I was living in. I wanted to do things that made me uncomfortable, something unknown. With this in mind, I decided to make my way back to Asia. I earned a teaching certificate and taught Business English at a university in Yangshuo, China. I still wanted to push myself physically, so I chose a place in China and that was known for rock climbing (top 10 in the world). I spent almost a year climbing, teaching, and training for something that would be my most uncomfortable and incredible adventure yet.

In April of 2017, I traveled to North Korea for 9 days to run in their annual marathon. I spent a week learning about the culture and gaining an understanding of the country that few get to see. The experience changed me, and it made me realize that you shouldn’t always listen to the advice that people give you.

As strange as it sounds, it is quite liberating to do something that other people think is crazy.

The way people look at you is downright hilarious and you can immediately see how much fear controls that person’s life.

After returning to China, I decided that I needed to push myself intellectually. In order to keep my restless tendencies at bay, I knew that I needed to find a job that was constantly challenging me. The only way to do that was to ‘grow up’ and start looking for a career that would consistently do that. That’s when I stumbled onto Mu Sigma.

My longtime friend was part of the 2016 Columbus Program. He knew about my desire to push my career forward, and told me to take a look at Mu Sigma. Something struck a chord in me as I read through the website.

I’ve used lessons to guide me through my entire life and now I was reading about Mu Sigma, a company that built its foundation on some of these concepts.

Learning over knowing. I believe you should always look up to a person that is persistently seeking the truth. That being said, you should never trust someone who claims he has found it. You can and should become a student in any situation in life.

Extreme Experimentation. This has played a huge part in my life. I’ve always wanted to go out and experience the best life that I could. This desire has led me to live in many different countries, work in many different industries, and develop skills to pursue many different hobbies. I’ve taken parts of each experience and have incorporated them into my life.

Interdisciplinary Perspective. The larger perspective you have, the less fear you will have towards the unknown. The more this perspective grows, it allows you to understand the world around you. This knowledge give you confidence to take calculated risks that have big payoffs.

An interdisciplinary perspectives helps you become more creative. The more creative, the more solutions you can apply to the problem that you are facing.

After doing my research, I decided to travel to India in January and stop by Mu Sigma to see if it was the real deal.

I knew immediately that this was a place where I could grow.

Even though I had worked on Marketing Analytics, Big Data was something that intimidated but also fascinated me. I chose to jump in head first and join the 2017 Columbus Program.

When I first started, I was frequently the dumbest person in the room and loved it. Even though it sounds like a negative thing, it isn’t. When you search for these rooms, you have the largest opportunity to grow and learn from the people around you. The more rooms you can sit in and learn from, the more success you will have in life.

I’ve been here for 6 months now and have loved every experience. It has pushed me to an extent that I’ve never thought was possible. India is a vibrant, passionate, and complicated country that keeps surprising me every day. There will be sacrifices in every job that you have, but the learnings that I have acquired working for Mu Sigma are invaluable. I will be heading back to United States in December and even though I am incredibly sad to go, I’m ready to keep pushing myself to become even more uncomfortable. I will grow tremendously in my next venture. In the process, I hope to help grow Mu Sigma as well.

“Stress is the achiever word for fear.” – Tony Robbins

It is an instinct that has allowed us to stay alive for the last 200,000 years. But I believe that the amount of fear that people choose to incorporate into their lives is unnecessary. This doesn’t mean you have to book the next ticket to North Korea, but it does mean you shouldn’t always listen to what it’s keeping you away from. Fear was designed to keep you from being eaten by a tiger, not to avoid speaking to your boss about a promotion or going on that trip you’ve always wanted to go on.

The goal of life is not to get from womb to grave as safely as possible. The goal is to push yourself and ride it so hard that you are satisfied with only life we get. The only way to do this is by confronting fear.

Confronting fear makes you uncomfortable. Whether it comes in the form of stress, uncertainty, or insecurity, you can grow from every experience. Don’t let it stop you from going out and achieving everything that you want in life. Go be uncomfortable.