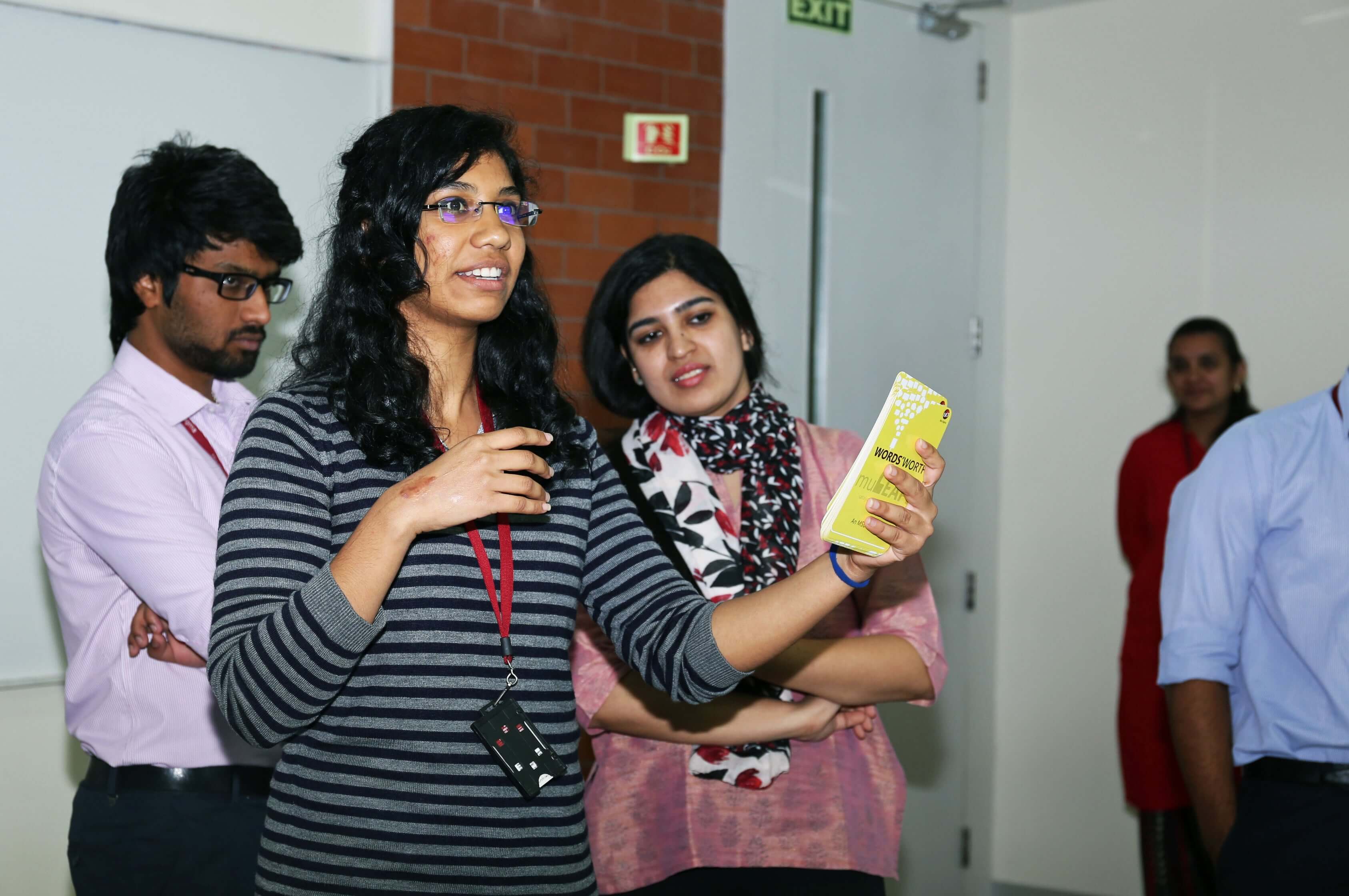 Effective communication is a skill that can make or break deals. To add finesse to client communications in Mu Sigma, the muLEAPS program was created. Designed and developed by Mu Sigma University (MSU) to improve communication skills of employees over calls, the program lays emphasis on the importance of active listening. Active listening includes within its gamut LEAPS – Listen, Empathize, Ask, Paraphrase, and Summarize. To make the learning experience fun filled, a tournament called “Words’worth” was conceptualized, based on the popular game ‘taboo’.

Designed by the MSU team, muLEAPS initially had the MSU team challenging other delivery teams for a game of taboo. The delivery streams struggled initially, getting beaten hands down by MSU, but soon bounced back with superior preparation.

As normal taboo got boring, the heat was turned up, pulling the Mu Sigma glossary into the race. Rules were framed around the desired training outcome – use of languages other than English was taboo, words closely associated with the root word (written below the root word) were taboo, and of course, gestures were a big ‘NO’. Challenges and counter-challenges became common place. Competition grew by the day, and we were requested to conduct a tournament among a whopping 50 teams that had signed for the muLEAPS program.

Overall, the entire week brought out the best of coaching, mentoring, competing, collaborating, and learning to the fore, all the while maintaining a cheerful atmosphere.

The exercise exposed weaknesses and communication loopholes of several Mu Sigma teams. This subsequently paved the way for these teams to plan their communications better and improve with practice.

The Words’worth tournament served its purpose in every sense – training the participants in listening and articulating, to focusing on improving individual skills and functioning well as a team. It can be fair to say that the quality of client conversations in Mu Sigma is certainly going to get better, and articulation much more effective, with the progress and evolution of muLEAPS in the org!