Don’t be a Turkey! 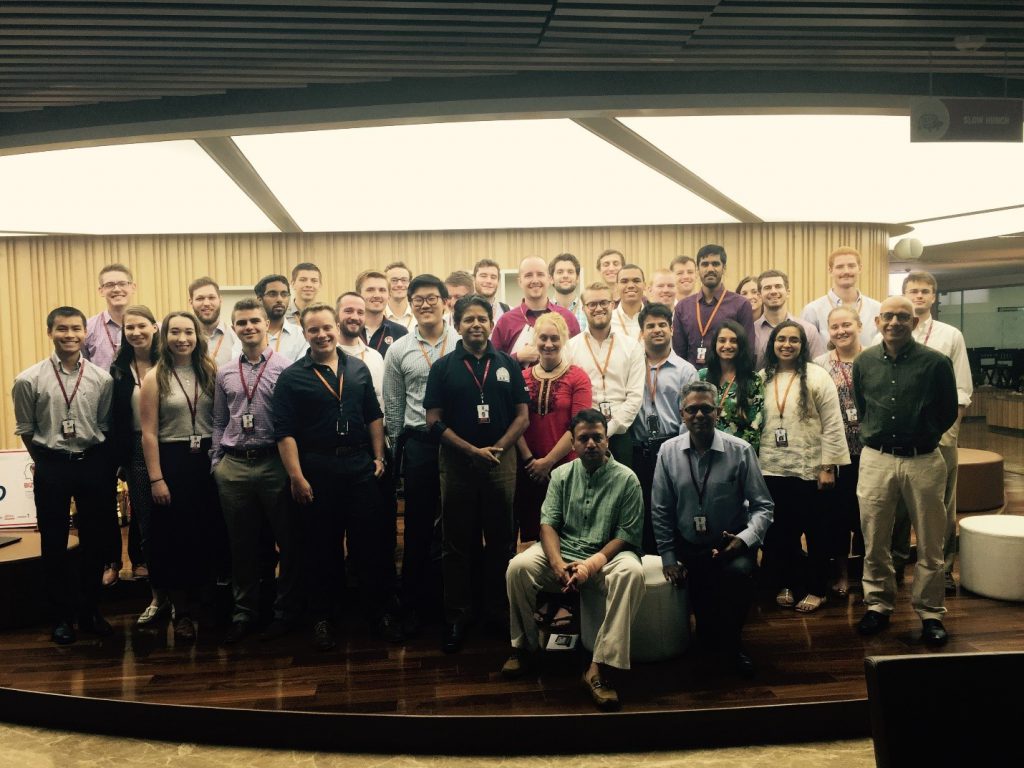 Thanksgiving – one of the many American holidays Indians know by name, but have no clue as to why it is celebrated. An indirect result of the explosion of American pop culture in our lives, Thanksgiving is something which triggers scenes of rich dinner spreads, oven fiascoes and awkward family conversations in our minds. Nevertheless, it being an integral part of some of our lives (namely our friends from overseas), we decided to come up with a small piece on America’s favorite family holiday to inform and entertain.

Thanksgiving is celebrated on the last Thursday of November each year. This happened to fall on the 24th of November this year.

Thanksgiving Day traditionally kicks off the ‘holiday season’ in the United States. The day was set in stone by President Franklin D. Roosevelt in 1939 and approved by Congress in 1941.

Thanksgiving Day goes back to the 1621 celebration at the Plymouth Plantation, where the religious refugees from England known popularly as the Pilgrims, invited the local Native Americans to a harvest feast after a particularly successful growing season. Half of the pilgrims starved to death in the winter of 1620, as the previous year’s harvests had failed. Luckily for the rest, members of the local Wampanoag tribe taught the Pilgrims how to grow corn, beans and squash, catch fish and collect seafood.

How is it celebrated?

Celebration starts from the morning by watching the Macy’s Thanksgiving Parade (Macy’s happens to be a big department store). It is a day when the whole family comes together, the day goes in cooking and watching football.

You watch American football and half the family will be in kitchen making pies, roasting the turkey, stuffing, mash potatoes. It’s lovely. Everyone gets together at my grandparents’ house – aunts, uncles, cousins. If the entire family’s not coming, oftentimes we’ll invite family friends that we know, who don’t have any family around. – Campbell Hawk We raise about 3 to 4 turkeys on our farm every year ourselves then we go over about a week before and kill them and hand them out to all parts of our family to cook. Sometimes not all can make it to one house and so we split them up. – Gregory Gibble

Contrary to presumption, there is neither any exchange of gifts nor is any type of consumerism involved. The sales don’t start till after Thanksgiving and that’s when the countdown to Christmas begins with the Black Friday Sales. That’s where retailers make their money.

Turkey: and / or ham, goose and duck or turducken (a spatchcocked combo of three whole birds!)

Stuffing (also known as dressing): a mix of bread cubes, chopped celery, carrots, onions and sage stuffed inside the turkey for roasting. Chestnuts, chopped bacon or sausage, and raisins or apples are also sometimes included in the stuffing.

Pies: pumpkin pies are most common, but pecan, apple, sweet potato and mincemeat pies are also quite popular.

So far Thanksgiving seems like a pretty normal, run of the mill holiday. But, nothing of this sort comes without its share of weird. Here are a couple of snippets we were able to put together which you might have missed.

Eating yourself into a coma …

Campbell: “You eat so much, you literally get put in a coma.” Deb: “That’s taking it too far, don’t you think?” Campbell: “No it’s true! There’s a chemical in turkey meat, it makes you go to sleep. So as soon as you finish a Thanksgiving meal, you are exhausted.”

Indeed, turkey meat contains Tryptophan, an essential amino acid that the body can’t supply. Tryptophan is used by the body to make niacin, a B vitamin that is important for releasing serotonin (a brain chemical that plays a large role in mood), helping create a feeling of well-being and relaxation.

Yes, Thanksgiving Day is the undisputed king of the football injury. In 2014, about 550 Americans 25 and older went to the ER with injuries sustained playing football — and that was a down year. In 2013, more than 750 people ended up in the ER on Thanksgiving Day. In 2009, more than 1,400 did.

“When I got to the ER, I found that I had plenty of company. The waiting room was full of men a few years past their athletic prime who had gotten a bit overambitious on the football field and suffered the consequences: blown-out knees, sprained ankles, and busted foreheads. No one on duty at the ER looked the least bit surprised. – Ben Casselman, America’s Lamest Thanksgiving Tradition May Be Getting Hurt Playing Backyard Football

At the dinner table …

Last but not the least, it’s always the awkwardness at the dinner table that trumps every other drama (see what I did there?). With the US presidential election making 2016 one of the most dramatically divisive years in the history of the US, it is not just the opposing factions of protesters who are hurling abuses and brickbats across the street. The political divide has creeped into every other American household, making Thanksgiving really difficult for many agitated, anti-Trump millennials whose families supported the Republican Party this year.

In a way, Thanksgiving traditions are all about spending time with those we care about. But what exactly did our Columbus friends do, for most of whom it was their first Thanksgiving away from family?

“Ravi took all of us from the Columbus program to lunch at Windmills. It was a really nice gesture with most of us in the heat of our mock projects, and with the rest of us missing out on Thanksgiving at home. Many from the Mu Sigma leadership joined us and really made us feel at home.” – Thomas Peterson

In the evening, with many of them busy and “in the heat of their mock projects”, a small group of folks went for dinner to the Marriott, and though I’m sure it was nothing compared to what Thanksgiving at home feels like, one can only hope that a sumptuous meal had compensated, even if a bit, for the comfort of being amidst their family.

“Thanksgiving dinner was a wonderful experience for myself as well as the Columbus program. Some of the highlights were that it reminded us of home with the food, the staff was wonderful and made us feel welcome and the turkey was excellent.” – Terran Donnelly

⟵ Program for Global Associates Before and After – With Madhukar Yarra


Thanksgiving – one of the many American holidays Indians know by name, but have…
Improved forecasting and inventory planning for a large retailer ⟶


Thanksgiving – one of the many American holidays Indians know by name, but have…