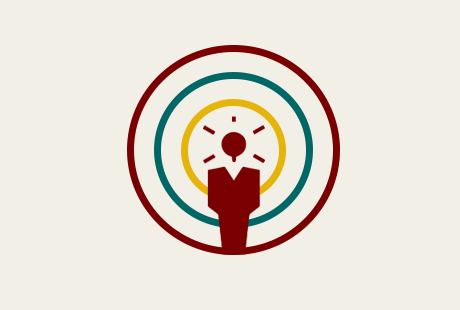 There is mounting evidence over the years that knowing gets in the way of learning.  We will bring out two stories over two posts that confirm our belief. In this post we speak about how knowledge hinders sharing.

In 1990, Elizabeth Newton from Stanford University conducted an experiment in psychology. She paired the participants or subjects into teams of two. Each team had a designated tapper and one designated listener. All tappers picked one of 25 best-known songs and would tap out the rhythm on a table. Their partner, the designated listener, was asked to guess the song.

Of 120 songs tapped out on the table, the listeners only guessed 3 of them correctly –2.5% correct answers. However before the listeners gave their answer, the tappers were asked to predict how likely their partner was to get it right. Tappers thought their partners would get the song 50% of the time. The tappers were overconfident by a factor of 20. What caused such a misjudgement?

So, when a tapper taps, it is impossible for her to avoid hearing the tune in her head playing along to her taps. Meanwhile, all the listener can hear is a kind of bizarre Morse code. The tappers were quite flabbergasted by how hard the listeners struggled to pick the tune.

The problem is that once we know something—say, the melody of a song—we find it hard to imagine not knowing it. We have difficulty sharing it with others, because we can’t readily re-create their state of mind. It is believed that the tappers lost perspective because they were “cursed” with the additional knowledge of the song title. Chip and Dan Heath use this story in their book “Made to Stick” calling it the “Curse of Knowledge”.

So, at an individual level, knowing something actually hinders effective sharing. Without sharing it is impossible to learn for the knower and others. Hence this makes knowing something quite useless unless we know how to break the vicious cycle.

Sharing is more effective when we contextualize ideas. Contextualization happens as we add context via metadata and some codification. Meta data in a codified form is the why, when, where and who that accompanies the what. Contextualization also happens as we weave the idea in a story. We add metadata to the ideas that helps us transport them easily. The metadata helps find proper fit in people’s heads across different mental models.  Think of the tapper in Ms. Newton’s experiment playing a “dumb charade” prior to tapping the song. The chances of the guesser getting it right would be definitely higher.

At Mu Sigma, our focus is on contextualizing information as much as possible. Our methodology of framing our problem statements (muPDNATM), our templates for communicating insights and recommendations, and other frameworks help us transport ideas across large psychological distances with minimal loss.

Good sharing data analytics platforms bring people together with minimal bias or judgement. At Mu Sigma we have carved out some of these offline or online hangouts so people can come voluntarily (sans bias) and exchange ideas freely without fear of being judged too soon.

We believe the same is true for our customers as well. Our decision scientists give them choices and ideas to work with. They leverage decision sciences use these artefacts to socialize the decisions they take. The psychological distance these ideas traverse is phenomenal. This wouldn’t be possible without a right framework and the right sharing platforms.