A story of transformation through a cycling expedition 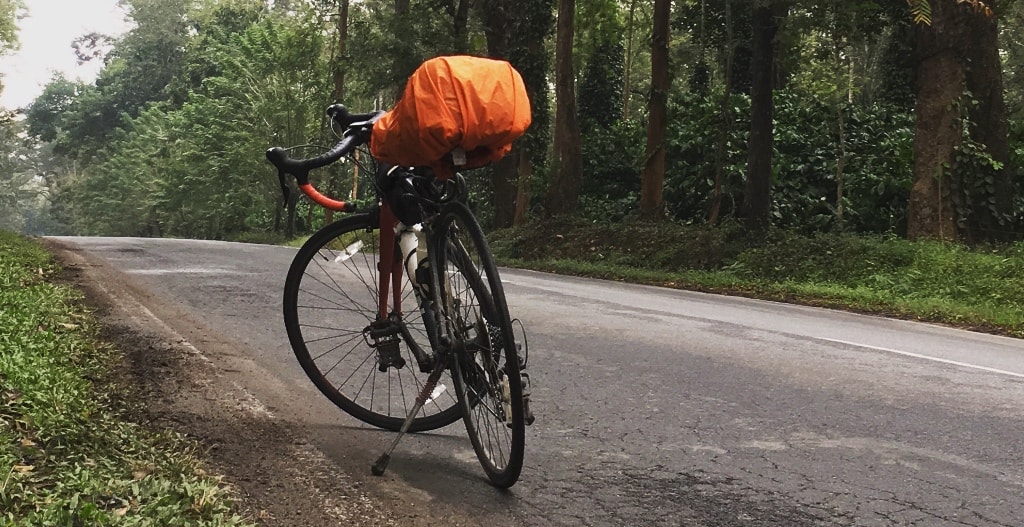 Auro: I use a cycle to commute to work.

Naveen: What!So do I! Where do you live?

Auro:I didn’t know there were stretches of farmlands right after Hope Farm.

Naveen: Yeah! It felt like the city ended abruptly after Hope Farm.

*Cut to 2 monthslater on a Friday night, while cycling near the Airport

Naveen: We should do something to break out from the monotony of spending weekends on meaningless pursuits.

Auro:What do you have in mind?

Naveen: How about taking two weeks off andtouring South India on our cycles?

Naveen: We can plan this well ahead and train for the next 5 months to build our stamina.

Auro: Yes, wehave to break this routine. Let’s do it.

There began a rigorous training undertaken by two men weary of the mundane and desperate to break out of it. And the break was the trip.

There are several stories to share, but the reason this trip would always be close to our hearts was how it changed the core of our lifestyles.

Most of all, it showed us that there was still so much to learn.

The hard work happens before the curtains raise

We had put in the work, consequently we were never physically unprepared for the next mile. This reinstated in me the importance of training and practice. True, there is no secret to success.

Saying No implies you know your boundaries

Throughout our five-month training period, our perseverance was tested time and again. We learnt that disciplining your body requires sacrifices in your personal lives. While all our friends indulged in merry-making and gouging on food, we had our strict timelines and diets to stick to.Making this choice was harder than cycling for 100 km.

Steve Jobs once said, “Focus is not about saying yes. It is about saying no. It is about waking up with a brilliant idea but still saying ‘Not now’ to it because you have consciously committed your time to something else in the past”

Suppose you watch Fight Club and decide you want to get ripped like Tylor Durden. You then turn to Google and YouTube for tips to build your physique at home without even hitting the gym.You make a 90-day plan for a daily number of crunches, pushups,weights, etc. However, 5 days down the line you lose the tempo and eventually let go.

This is where we need to recognize yourself. Not all of us are built similarly, and the more we’re aware of our own strengths and limitations, the better is the path to our endeavors.This way we find our scale of improvement. This way we can break down our ambitious targets to smaller achievable chunks and eventually get there.

Often in the past I would get excited for a new venture, then break from it not long after. One such incident was resolving to run in the mornings. Looking back, I failed in sustaining the habit because I didn’t do anything which facilitated the activity. Running in the mornings meant sleeping early, waking up early, eating light at night and so on. I was wrong when I compartmentalized my preparations to the hour spent running; there were decisions spread across the day that would affect my decision to run.

Just as we talk about our problems being interconnected, our choices are related and have latent implications on one another.

Below are two more observations which pleasantly surprised us.

When people see others working hard, they naturally put their best foot forward. There were numerous instances within the trip wherein we received help purely because people empathized with us. The old recollected their youth and the young would appreciate our nerve.

The trip in itself was extremely intense: waking up on time, no breaks on the road and a calculated diet. Upon coming back to work, the absence of the rush left a void. We felt guilty slouching on our seats and lazing around in our free time.

Close to the rear of the building that I work in, Aviator, stands a quote from Leonardo Da Vinci. “For once you have tasted flight you will walk the earth with your eyes turned skyward; for there you have been, and there you long to return”